Warning: Declaration of HeadwayTabsPBlockOptions::modify_arguments($args) should be compatible with HeadwayVisualEditorPanelAPI::modify_arguments($args = false) in /home/yourgr7/public_html/wp-content/plugins/headway-tabsplus/tp_block_options.php on line 896
 Philip Berber Interview – Give Yourself Completely
Get FREE ACCESS to my video course "How To Make a Man Feel Crazy About You (in 90 Days or Less)"

Philip Berber Interview – Give Yourself Completely

I have the unique privilege of sharing an exclusive interview with social entrepreneur, humanitarian and philanthropist, Philip Berber. I’m so excited and grateful about the way this interview unfolded that I’ll make a bold promise: The time you invest watching these couple of videos might be the best time you’ve spent in a long time and will certainly be full of actionable and engaging life-lessons you will not soon forget.

I divided this interview into two parts so you can digest the power in each message separately. Philip is such a generous man that when I first approached him about interviewing him for my vlog, on his own, he put together a set of five powerful principles for living a whole life. After editing the interview a few times, I decided that these principles were powerful enough to stand on their own so I created a special video just for these and to ensure that this specific message was heard loud and clear.

The 5 Keys to a Whole Life – Interview Part 2

About Philip Berber: Humanitarian, Co-founder A Glimmer of Hope 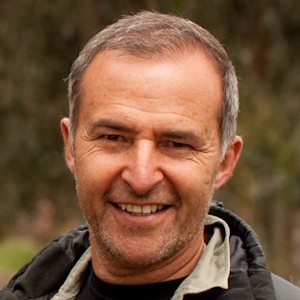 Philip was born in Ireland in 1958 where he grew up and attended University. Upon graduation, he moved to London where he held several strategic positions at Avon, Ford and Bausch And Lomb and then founded a few startups.

In 1995, From his home in Austin, Texas, using less than $300 dollars, he founded Cybercorp, Inc. (Cybercorp was one of the word’s first online trading and brokerage firms) and after five years, Philip managed to sell it to Charles Schwab for the fantastic sum of 488 million dollars.

Philip and his wife Donna then did something immensely generous, they pledged 100 million dollars to help improve the lives of people living in the poorest conditions. They created an endowment that would be the roots for the organization they co-founded “A Glimmer of Hope”.

Through their organization Philip and Donna have now helped over 2.5 million people and completed over 6,000 projects in rural Ethiopia in the areas of: water, health, education, and micro-finance.

A Glimmer of Hope is so bold and innovative in its approach to giving that it has now been ranked by Barron’s as the 6th most effective Philanthropy in the world, outranking the Carter Center, The Buffet Foundation, Bill Clinton’s organization Richard Branson’s “Virgin Unite” and even Bill and Melinda Gates’ foundation.

What makes me most excited about sharing this interview today is that both videos will leave you knowing that you have tools and skills within yourself to live a more fulfilling, giving and grateful life.

“It’s when we get out of the way and out of our heads, it’s when we get into our hearts and open to spirit, or guidance, or insight, or intuition – That’s when the magic happens and that’s when our true purpose and our true path unfolds.” ~Philip Berber

A Glimmer of Hope

To learn more about or contribute to a Glimmer of hope (Philip and Donna’s organization, where 100% of donations go directly to help those in need) visit: www.aglimmerofhope.org