Warning: Declaration of HeadwayTabsPBlockOptions::modify_arguments($args) should be compatible with HeadwayVisualEditorPanelAPI::modify_arguments($args = false) in /home/yourgr7/public_html/wp-content/plugins/headway-tabsplus/tp_block_options.php on line 896
 Roy Spence Interview – Don’t do mild in life
Get FREE ACCESS to my video course "How To Make a Man Feel Crazy About You (in 90 Days or Less)"

I am incredibly honored, excited and humbled to share with you an exclusive interview with an incredible business leader who is a passionate and purpose driven human being, Roy Spence. I can state with certainty that the twenty minutes you spend watching this video will be the best time investment you make today and possibly this week. I invite you to enjoy the depth and charisma of a man who has an important message to share – “Don’t do mild in life”. 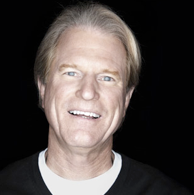 Roy Spence is Chairman and Co-Founder of GSD&M Idea City, a leading national marketing communications and advertising company that has helped grow some of the world’s most successful brands.

In 1971, Roy and a group of friends founded the agency just after graduating from the University of Texas at Austin. Roy led an effort to build an environment where ideas are destined to flourish and making a difference was a priority from day one. Under Roy’s

leadership, the agency flew with Herb Kelleher and Southwest Airlines and helped grow the most successful airline in aviation history and rode with Sam Walton and Wal-Mart and helped build the largest company in the world. They cooked with Norm Brinker and Chili’s and helped serve up the most successful casual-dining restaurant in America and delivered for Ed Whitacre and AT&T and helped produce the largest telecommunications company in the world. And they declared “Don’t Mess with Texas,” creating one of America’s favorite advertising slogans.

They went on to work with Presidents George H.W. Bush and Bill Clinton to encourage Americans to make a difference with disaster relief efforts. They work with the Clinton Foundation and the Clinton Global Initiative in making a difference around the world. And they brought perspective and unity to a damaged country after 9/11 with the moving “I Am an American” pro-bono ad campaign. Through their philosophy called Purpose-based Branding,TM GSD&M Idea City and their Purpose Institute division help organizations identify, simplify and articulate their purpose— the fundamental difference they’re trying to make in the world and their reason for being beyond making money. Through purpose and visionary ideas that make a difference, GSD&M Idea City is in the business of growing clients’ businesses.

Roy Spence has been named Ad Man of the Year, Idea Man of the Century and University of Texas Distinguished Alumnus, among other accolades.

In 2006, The Amazing Faith of Texas, a book by Roy Spence and the People of Texas was published, and in 2007 he was named to the board of directors of the Lyndon Baines Johnson Foundation.In 2009 Roy and Haley Rushing wrote the Wall Street Journal Best Selling book “It’s not what you sell, its what you stand for. – Why every extraordinary business is driven by purpose”

Roy has been interviewed by The Wall Street Journal, USA Today, The New York Times, BusinessWeek, U.S. News & World Report, Esquire, Fast Company, INC. and FORTUNE. A popular keynote speaker, he regularly addresses audiences from throughout the business, government and nonprofit communities. Roy and his wife, Mary, have three children.

To check out Royito’s hot sauce – a business whose mission is To help people to Don’t Do Mild in Life by following their passion and purpose, visit: www.royitoshotsauce.com