Warning: Declaration of HeadwayTabsPBlockOptions::modify_arguments($args) should be compatible with HeadwayVisualEditorPanelAPI::modify_arguments($args = false) in /home/yourgr7/public_html/wp-content/plugins/headway-tabsplus/tp_block_options.php on line 896
 Srinivas Rao Heart & Soul – Things You Were Not Taught In School
Get FREE ACCESS to my video course "How To Make a Man Feel Crazy About You (in 90 Days or Less)"

Srinivas Rao Heart & Soul – Things You Were Not Taught In School

I have the honor today to share the insight and wisdom of a true friend, Srinivas Rao. Srini has been one of the most supportive people of my work going back to the time I started my site. He has a rare combination of generosity, humility, friendship and knowledge that are not easy to come by. On his show (BlogcastFM) he’s interviewed some of the most successful bloggers and content creators in the world and has also picked up an insane amount of life lessons that he openly shares through his interviews and his posts on his other site theskooloflife.com. I have a good feeling that you will connect with his story, his quest for truth and freedom, and his love for life and surfing. 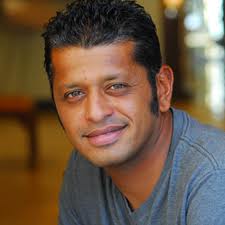 Srinivas Rao (aka “Srini”) is the host and co-founder of BlogcastFM, the entrepreneur’s podcast where he shares proven strategies to grow a business by conducting one-on-one interviews with some of the best minds online and off. He started his blog, The Skool of Life, in April of 2009 where he shares valuable insights, ideas and real-life lessons that are usually not taught in school. His writing has been featured on a number of popular personal development and social media blogs such as Dumb Little Man, Problogger, and several others. He’s a regular contributor at the Adage 150 blog GROW, has spoken at BlogWorld and was recognized on Problogger’s annual list as one of 40 Bloggers to Watch in 2011. When he’s not talking with amazing people, he’s riding waves.

People Mentioned in this interview: